A graduate of Columbia University, where he majored in architecture and studied with Robert A. M. Stern, Frank Cassata was a design enthusiast from an early age.

“When I was eight years old, and growing up in Brooklyn, my grandfather gave me one of his books. It was renderings of 1920s residential house plans. And from that moment on, I spent every free moment copying the designs to scale, visualizing myself living in those houses, updating and redesigning them.”

The gift wasn’t in the least bit arbitrary. In 1907, Frank’s great-grandfather had opened the famous Coney Island restaurant Gargiulo’s. In 1929, Frank’s grandfather, who had inherited the business, redesigned the restaurant and gotten much of his inspiration from the book he was now passing down to Frank. Although his family sold Gargiulo’s in 1965 to new owners, Frank’s grandmother and great-aunt continued as master chefs.

Whether it was food, decorating, fashion, or architecture, good design was always a priority. Frank’s father, a vice president at Buitoni food, oversaw the developing of new products, such as Toaster Pizza, a newsworthy innovation in the 1970s. Another of Frank’s early memories is his father bringing home the latest Buitoni packaging prototypes and family discussions of what worked, and what didn’t work, about the packaging’s graphics. “For me, design runs the gamut,” Frank says. “I see myself as a kind of renaissance person. I cook. I design. I love architecture. I love fashion.”

His mother and father enjoyed a vibrant social life, and his mother dressed for every occasion. Frank became her “fashion consultant,” he says, and laughs. “From an early age, I accompanied her to Bloomingdales to buy her clothing. And I remember watching her get ready to go out, teasing her hair, then the hairspray, and finally leaving the house in the brocade dress we’d bought at Bloomingdales. To this day whenever I go shopping for vintage clothing or a client wants to see the brocades in the archive, I think of my childhood.”

Having attended Adelphi Academy, a private school where the kindly and enthusiastic, and always meticulously dressed and groomed young man was voted “Class Gentleman,” Frank moved into Manhattan to go to Columbia. Graduating from Columbia, he worked in various New York-based architecture and design firms, including the company owned by the well-respected designer Lloyd Bell. Mr. Bell espoused the virtues of classic order, proportion and scale. “He taught me a lot,” Frank says.

When the opportunity presented itself to work as a corporate travel manager for Time Magazine, although it wasn’t architecture and design, Frank was nonetheless thrilled. “To quote Joseph Campbell ‘Follow Your Bliss.’ That’s really important. I had always had a suitcase packed and was always ready to travel.” At Time, Frank traveled extensively and organized trips for editors and reporters to “warzones, to Europe, to around the world.”

Frank Cassata Designs began at the suggestion of Barbara Rogoff, the legendary home furnishings designer. Barbara, who at the time was design director for Fieldcrest, lived next door to Frank and his longtime life partner Thomas Rosamilia in Southampton NY. Frank and Thomas had relocated there in the mid-1990s and Frank was going to culinary school, eventually earning his Blue Ribbon degree from Peter Kump. As a hobby, Frank and Thomas, who died in 2011, were collecting textiles. But Barbara saw it as much more than a hobby. Frank had a great eye. She encouraged him and “Thomas inspired me to start my business,” Frank says.

The business grows with new ventures and explorations in Europe, Asia, California, and South America planned in the months ahead. “We don’t compete,” Frank explains. “There’s abundance in the world, you don’t have to compete. But you have to grow. I love traveling. I love discovering. I love finding these wonderful textiles, and I love designing textiles, and making this information available and being the eyes for the great companies we help.” He pauses, and smiles. “I’m truly blessed.” 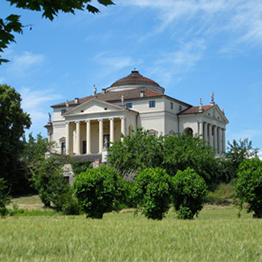 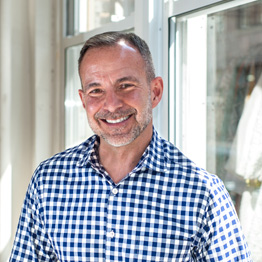 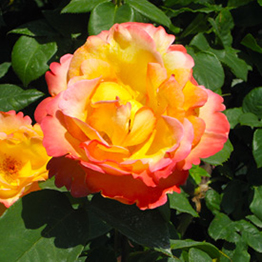 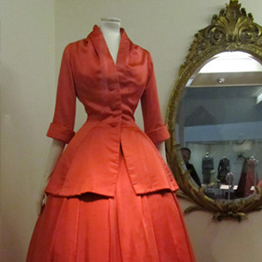